UPDATE: The REAL ID deadline for domestic travel has been moved to October, 2021.

A study conducted by the U.S. Travel Association revealed that nearly three out of four Americans are unprepared for the upcoming REAL ID deadline of Oct. 1, 2020.

The program, implemented by the U.S. Department of Homeland Security, is the last phase of enforcement of the REAL ID Act, the law originally passed in 2005 that will require travelers to present a REAL ID-compliant driver’s license or other approved form of identification in order to board a domestic flight.

According to the study, millions of people could be prevented from boarding a plane because they do not have the required identification. According to the survey conducted for U.S. Travel by Longwoods International, a market research consultancy, 72% of Americans either do not have a REAL ID-compliant driver’s license or are unsure if they do.

The study revealed a significant lack of awareness of the REAL ID program, with more than half of Americans (57%) saying they did not know about the upcoming deadline. Many Americans also lack the alternatives to REAL ID-compliant, state-issued driver’s licenses — such as a U.S. passport. In fact, 39% of Americans say they do not have any form of identification that will be accepted starting Oct. 1, 2020. This equates to an estimated 99 million Americans that may not currently hold the proper identification to board an airplane starting next year.

So what happens if you arrive at the airport and you don’t have the correct identification? According to the TSA website, you won’t be allowed to fly but they also say that they may have you complete an identity verification process, that may, or may not, allow you to board. I wouldn’t count on that option when it comes to your important trip.

When it comes to children, nothing will change. Children, age 17 and younger, will not need identification to fly domestically. Important to note, if you are travelling with a child under age 2, who qualifies to be a lap child, most airlines will require a copy of their birth certificate but that is a separate issue from the REAL ID situation. Children will still need a valid passport to travel internationally.

So how do you know if your identification is REAL ID compliant and valid for domestic air travel after October 1, 2020? Here is the information you need to know……

Passports- If you have a valid US passport, that qualifies as REAL ID compliant as long as you bring it with you, even for domestic flights. Expired passports are not valid. Your passport has to be in good condition. If your passport took a trip in the washing machine (which may, or may not, have happened to mine), apply for a replacement.

Ready to book your trip? Contact us at Magical Castle Vacations or email Katherine@MagicalCastleVacations.com. We make sure that your trip is well planned. 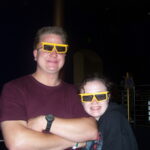 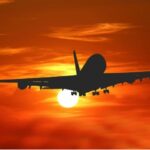 Why choose a travel professional?

09 comments on “Many Americans Are Unprepared for REAL ID Deadline”

This site uses Akismet to reduce spam. Learn how your comment data is processed.